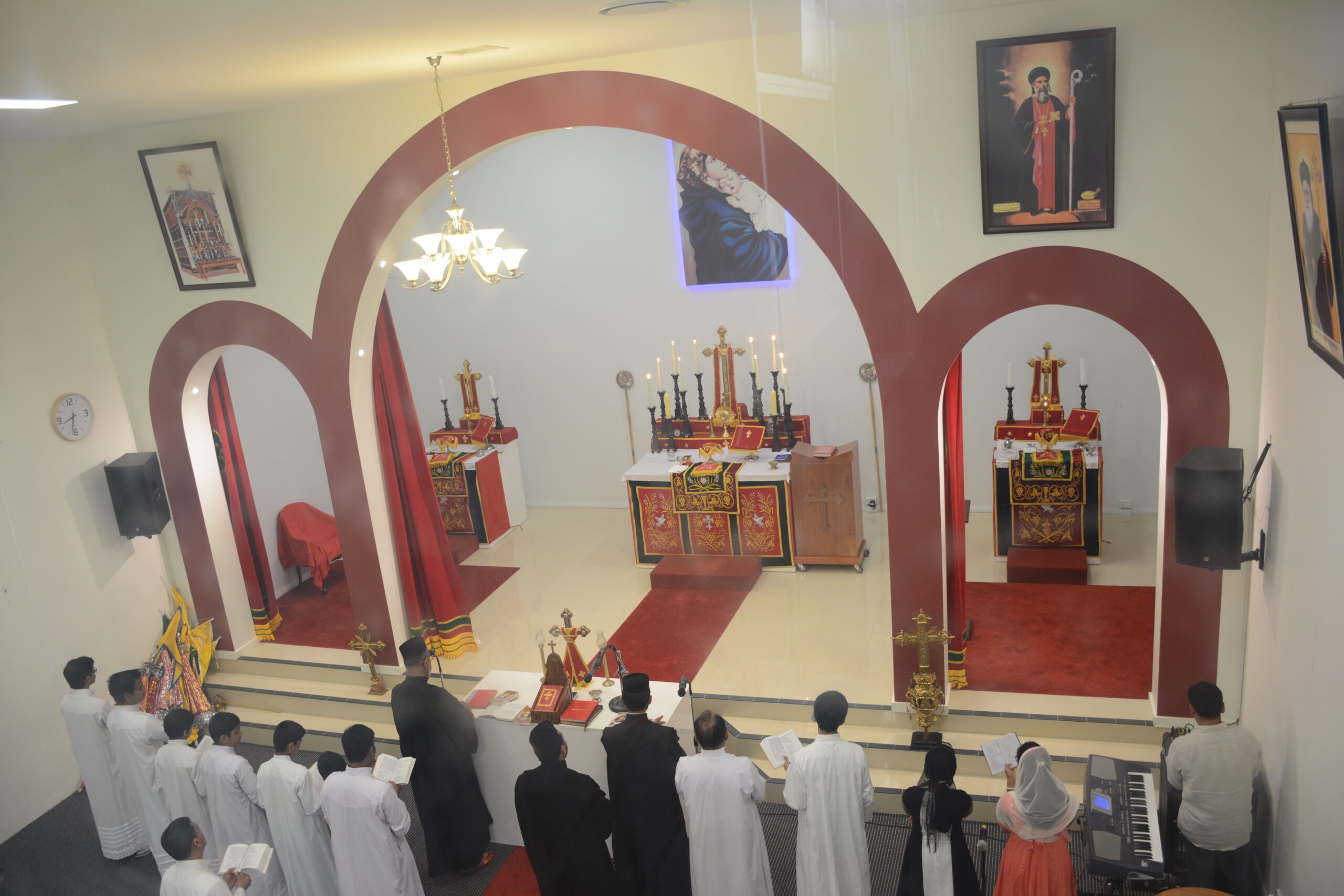 The Christian Community of Kerala (India) traces back its origin to the advent of St.Thomas, the Apostle to India, who reached the Cragnanore Port in AD 52 and its subsequent spiritual stabilization and growth.

It is believed that the Apostle started his gospel mission in India, from a small town called “Malayankara” on the sea coast of ‘Paravur’ Taluk in Kerala, at a short distance away from Cranganore Port. It is thus that, when about 400 Christian Settlers from Syria came over in AD 345 under the leadership of Thomas Kana, they, for want of anything better, started referring to all their surroundings as “Malankara” (Phonetically similar to ‘Malayankara’). In course of time, as the settlers spread out, all of the Malayalam speaking area together become ‘Malankara’ (Rhymes well with the local language, Malayalam too). This has been recorded in the writings of Mor Youseph, an emissary of the Holy See of Antioch, sent over to administer the needs of the Syrian Christian settlers.

With the coming of these Christian missionaries from Syria in AD.345, the entire Malankara Christian community adopted the rites & liturgies of the Syrian Church of Antioch and became a part of that ancient Patriarchal See; thus the early Christian converts (St.Thomas Christians) as well as the new Christian settlers (Knanaya Christians) came to be known as ‘Syrian Christians’.

The Church in Malankara continued to be under the jurisdiction of the Patriarch of Antioch, and his subordinate in the East, the Catholicos/Maphriyono, till the arrival of Nestorian bishops in 1490. Later with the coming of Portuguese in the 16th century, the Syrian Christians of Malankara came under the influence of Latin Catholics, but when they tried to forcibly introduce their teachings, the Malankara Syrian Christians revolted and finally re-organized once again under the guidance of the delegate of the Holy See of Antioch, thereby retaining the true Apostolic faith. In the 19th century, another split occurred in the Church when a group sided with the rich and influential European missionaries. Again in the early 20th century, another group defied the Holy Church to form an independent faction claiming to be of nationalistic structure, after much harassment.

From such small beginnings, the Christian Community of Kerala grew up to its present stature against heavy odds aided, among other providential factors, by the continued tolerance and hospitality of many a neighborhood, the good will of the local rulers and chieftains and others. Except for the origin of Christianity, all the Churches now have a different perspective on the history and faith of the Malankara Church.

To know more about the history of The Syriac Orthodox Jacobite Christians of Malankara, click here.